Why Blood Can Never Be Payment for Authentic Love

Has it ever been perplexing to you that a God of Love would demand blood sacrifice in order to love you?

When you really think about it, something just doesn’t sit well with that.

Yet, so many simply accept it as being the truth. We even rejoice in the fact that God was so loving that he gave his only begotten Son to die on a cross to wash away our sins and make our wretched souls clean again.

How is this loving?

Would you consider it to be an act of love if your friend sacrificed their own son so that you could know how much they love you and how much you need them as a friend? Of course not! Because that is not love.

I can’t imagine that anyone could consider that action a holy act. I think you’d probably call it sick and demented.

Let’s just think about this for a minute . . . You’re walking down the street with your friend and her son. You begin to step out into traffic. You don’t see the oncoming bus headed right for you and before you’re hit, she throws her son into the line of traffic just in time to push you out of the way and kill her son instead.

Violence cannot and never will be able to justify any act of violence. Just like hate cannot heal hate. A God displaying an act of violence to rid our lives of violence, just doesn’t make any sense.

So let’s venture a little further.

Why do we consider this Christian belief to be so holy? Is it because the bible says it’s holy?

If you read the bible in the way that so many of us were taught to read it, then the necessity for blood sacrifice will surely be confirmed to you by stringing together scripture after scripture.

But, could it be that we’ve been reading the bible all wrong?

Throughout the bible there are countless acts of violence and numerous interactions with God that seem to support the idea of a wrathful, vengeful, punishing God that requires sacrifice.

The question is . . . just because someone says it in the bible, does it make it true?

Hear me out . . . I’m not discounting the bible, I’m just presenting a different way of looking at it. (just like the rabbi’s and teachers of the first century and beyond have done on a daily basis).

Recently, I’ve been enjoying the courageous and radically intelligent work of former pastor Rob Bell. In his new book “What Is the Bible?” he asks the questions . . . and I’m paraphrasing . . .

What would happen if you read the bible while taking into consideration the culture of the time, who the author is that’s writing the specific book and why they were writing it?

Furthermore, what would happen if you read the bible with a birds eye view, taking into account the entire arc of the book instead of pulling scriptures out of context and then trying to make sense of them through your modern understanding?

What if you read the bible as though it was written by real people in real times with real problems who were trying to come to terms with how they were taught to view God?

Rob presents a new way of reading the bible, which actually lines up with the traditional approach in the time it was written. A way that wasn’t afraid to ask questions and dig deeper than the surface interpretations; one that encouraged a conversation about it; not one that said, “There you go, that was the correct interpretation. Don’t ask any questions. Just believe in what I’m telling you because I know best.”

In the first century, these were people that for generations had believed in Gods who required blood sacrifice in order to continue to bestow blessings and a bountiful harvest upon them. If the harvest didn’t come, it meant you hadn’t sacrificed enough.  If the harvest DID come, it would just prove to them that their sacrifice worked. Sound just a bit familiar?

These beliefs weren’t easy to break.

In fact, we’re still living by them today in many ways! They were deeply rooted and for them to view a new God as anything different than the other Gods was radical and unheard of.

If you look at the bible as a whole, you understand the lingo and what they were dealing with at the time, you’ll see that time and time again God said, “I’M NOT THAT GOD!” God was saying, I’m a God of unconditional love, mercy, grace and peace. Don’t follow those old ideas. Step into the new. Be what I’ve made you to be. You’re peace because I’m peace. You’re love because I’m love. You must accept and include because I accept and include even the most undesirable among you.

But just like with any new idea, the people of the time struggled to transform their perspective. They struggled to make sense of this God that required NOTHING to love them and bless them.

And so, that is what we see happening in the bible. A group of people who grapple to believe in this unconditionally loving God. People who go back and forth between speaking about God in a way that believes Him to be wrathful, angry, petty, blood thirsty, an advocate of violence and with a big chip on His shoulder to One who is all-forgiving, all-loving, and a champion of peace.

What? This God just wants to love and bless you? This truly was revolutionary and a God like no other!

“God broke into history and little by little changed us and I see the bible as charting that growth.” – Richard Rohr

So if God didn’t require blood sacrifice and Jesus’ death and resurrection wasn’t what we’ve been taught to believe, then what was it?

First, I want to say that the message that Jesus preached was extremely progressive for his time. Even though it was the message that God had been saying for centuries through the thick fear-based filter of society, it was a new thing for it to be seen fully represented in a person. Jesus was the embodiment of the message. (The word became flesh.) People could now have a physical representation of what it meant to “fulfill” the word, or more accurately, fulfill the Torah. (Which by the way, “fulfill”, was a term the religious of the day understood well. It meant to interpret the Torah the way it was meant to be interpreted. A way that caused you to live well RIGHT NOW.) Thanks Rob. 😉

Jesus’ calling was to demonstrate the “new way” and reveal a God that didn’t require blood sacrifices or payment for love and blessings. (Although, it wasn’t new. It was a message God had been speaking since the beginning, but few were listening and so many kept hanging on to the old way of thinking.)

“We have to recognize that God’s invasion into human consciousness, albeit a positive invasion, was always filtered through our capacity to hear it and our capacity to receive it.” – Richard Rohr

The power that Jesus’ death had was the example that he showed by forgiving even in the face of the worst kind of death and persecution. He revealed to us, by example, how to love and how to live to have heaven now.

He didn’t come to give us an escape route to heaven, he came to show us how to live in heaven now!

The early Jesus followers understood this.

It was about being LIKE Jesus, not merely worshipping him. It was about coming out of this old paradigm (old covenant) and viewing God for who God truly is and LIVING it now.

We can be like Jesus because it’s who we are in our nature to be Love. Jesus wasn’t different than us, he IS us. The only difference between him and most of us is he fully knew who he was . . . unconditional love.

Your spiritual life can only be as strong as its foundation.

If your foundation is rooted in fear, if you see God as someone ready and able to punish you when you’ve done something “wrong,” or if you believe in a God who requires you to sacrifice more and more just to be loved, how can you build upon that with any kind of freedom or abundant life?

Jesus said he came to bring what? Life and life more abundant!

Abundant life doesn’t come later, it comes now. It doesn’t come through a transaction of believing Jesus died on the cross and rose again, it comes through embodying the blueprint of death and resurrection and unconditional love within. As Richard Rohr says, “It’s a transformation, not a transaction.” Everything in us that doesn’t align with love has to die, but resurrection is the promise. As the ego dies our Spirit lives. The pattern of the Universe lives within us and when we accept this message we flow with life.

Jesus practically shouted it from the rooftops, “You are free, You are whole, forgive, don’t judge, don’t worry, love your enemies, have mercy for all, celebrate the underdog and dwell on all lovely things. You are just like me.”

And when you do these things, you won’t live in the endless cycle of pleasing, sacrificing and displeasing anymore. You’ll know the true character of God. You’ll know that this Love has always been the same, yesterday, today and forever. You’ll see and experience heaven, not later, but RIGHT NOW!

Where would you like me to send
your FREE Musical Guided Meditation, Eternal One?

Thank you! Your free download is on its way to your inbox. Be sure to check spam folders so you don't miss it! 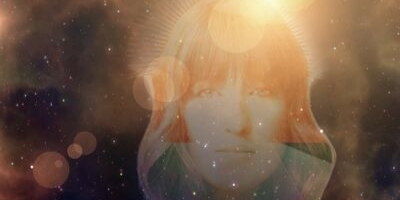 The Awakening Revolution Has Begun!

Where would you like me to send your FREE Musical Guided Meditation, 'Eternal One'?

Thank you! Your free download is on its way to your inbox. Please check your spam folders to be sure you don't miss it.